How does Binance’s new phase of The SandBox (SAND) want to use blockchain to change the gaming industry?

On the evening of July 30, 2020, the Hong Kong Institute of Blockchain Application (HKBA) is honored to invite The SandBox COO Sebastien Borget to be a guest at the “Tenth HKBA Big Coffee Face-to-face Event” and share with us a lot of dry goods of The SandBox. ! Since the live broadcast is conducted in English, here are some key points:

Does the sandbox return the rights of the game to players?

Mr. Sebastien Borget is currently the co-founder and chief operating officer of TSB Gaming (40 million players), the developer of The Sandbox series of games (acquired by Animoca Brands in 2018).

He is passionate about blockchain technology, games and education, and is now building one of the most anticipated and highest-ranked blockchain games in 2019 through The Sandbox (ranked 13th in the top 50), through NFT (non- fungible Token) returns the rights of the game to players, enabling them to own, buy, sell and trade their own 3D game models, thereby building a meta-universe of game creation. Sebastian also served as the chairman of the Blockchain Game Alliance this year.

When was Sandbox game founded?

The SandBox (https://www.sandbox.game) was founded in 2011, has 40 million downloads, has a large number of creators, and is a user-generated content game platform. Under the wave of blockchain in recent years, the company decided to introduce this successful IP into the blockchain ecosystem. The SandBox is now deployed on the Ethereum network.

The following is a more exciting Q&A session:

HKBA Dean Tony Tong: The SandBox seems to want to build a huge game ecosystem. What advantages have been established now?

Sebastien: The Sandbox is a user-generated content game platform. By providing creators with true ownership of their creations as a non-fungible token (NFT), it has gone with existing game makers such as Minecraft and Roblox. Players can build on the Ethereum blockchain, have their own Voxel game experience and profit from it, and get rewards for participating.

Recently, they generated $1 million in revenue through the pre-sale of Land virtual real estate. Their team has also established more than 50 partnerships, including ATARI (roller coaster tycoon, Pong), Square Enix, Shaun the Sheep and other award-winning mobile game studios in the industry.

Their cooperation with Atari will introduce their IP to the platform. They will soon launch our own utility token SAND to be able to access the platform and create an in-game economy that is decentralized and managed by user communities (players, creators, investors, and LAND owners).

Tony: What new value can blockchain and The Sandbox bring to the current game market, gamers and game producers?

Sebastien: We are excited to build an ecosystem whose interests are aligned among all users, players, creators, landowners, managers, etc. who contribute to it. As a pioneer and early adopter in the field of games based on blockchain assets, we believe that The Sandbox’s metaverse will provide a virtual playground entirely made and owned by creators.

We aim to change existing game makers such as Minecraft and Roblox by providing creators with true ownership of their creations as non-fungible tokens (NFT), and use our utility token SAND to reward them for participating in the ecosystem.

In the current game market, the centralization of user-generated content limits the rights and ownership of creators. Central control over the transactions of virtual goods created by players limits their inability to provide fair value for their creation. Given the nature of Voxel’s art, it may be difficult to prove the creative ownership of the work, especially when the content is copied, altered, and constructed.

With The Sandbox, we hope to overcome these limitations while accelerating the deployment of blockchain in order to expand the market. To this end, we have established a Voxel game platform that allows creators to make, play, share and trade without central contr

ol, enjoy secure copyright ownership and be able to earn cryptocurrency (our utility token), SAND). This copyright right will be established and guaranteed through the use of irreplaceable tokens or NFTs, where each in-game item will have a unique and immutable blockchain identifier.

Tony: How does the sandbox realize the technology and its value? Business model and roadmap

Sebastien: The powerful vision behind The Sandbox Metaverse is to provide a truly decentralized economy, with games and content built and controlled by its user community. A variety of tokens are used in the ecology to ensure the circulation of all user data interacting with the platform. These include: players, creators, managers and land owners, and the corresponding tokens include the following:

SAND: The ERC-20 token will be used as the basis for all ecosystem transactions and interactions in “The SandBox”.

LAND: Virtual real estate in the field of Sandbox, players can buy to establish their own territory. Once you have LAND, you can add games and assets to it. Each LAND is a unique (irreplaceable) token located on the public Ethereum blockchain (ERC-721).

Asset: A token created by players (UGC) using the ERC-1155 standard, which can be traded on the market, and its main utility can be used in The Sandbox Game Maker. Non-fungible tokens (NFT) are used for digital scarcity, Virtual token for security and authenticity. They are unique, indivisible and not interchangeable.

Our SAND token is a catalyst for this kind of social experience similar to MMO, replacing the traditional virtual currency seen in games such as World of Warcraft or Roblox, and providing users with some rights.

As a company, our main income will come from the following four main sources:

The sandbox has also launched multiple components of its platform: VoxEdit, Marketplace, and a beta version of Game Maker.

Our Game Maker beta will be released in August 2020, and the game platform for all players will be publicly released in December 2020.

Tony: Are there any factors that motivate the giants in the gaming industry to deploy blockchain into their products? What are their progress now?

Sebastien: Sandbox has partnered with game industry giants such as ATARI and Roller Coaster Tycoon, and will announce more information in the near future to build their games on our virtual world platform.

I recently served as the chairman of the Blockchain Game Alliance, a non-profit organization that reintegrated more than 150 companies into the blockchain field to promote and promote the adoption of this technology in the traditional game industry.

Some of our members include Ubisoft, Atari, Square Enix, Animoca Brands, etc.

I believe that 2020 will fulfill its promise in the adoption of blockchain games. The large-scale game project is now available in beta and should be publicly released within a year.

These games have attracted the attention of mainstream gamers, which may trigger growth and mainstream adoption-mainly because they are fun and can compete with traditional games.

In the final analysis, regardless of the underlying technology, all players want to have fun, so this is the focus of the game. I also hope to develop one of the most anticipated blockchain games this year, Sandbox, and also hope that our industry will continue to develop. 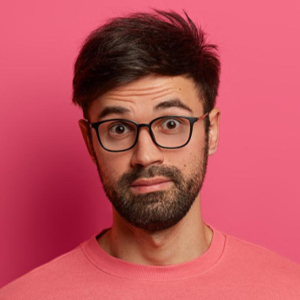